Have you checked out The Rending series yet?

Here's your chance to grab the first book of the series. Hell's Playground kicks off the Rending Series.

Book 1 - Hell's Playground -- in Under A Wolf Moon Anthology

Mira grew up in a savage tract of existence known as Hell's Highway--a parcel of land of genetically impure humans (Impures) cast out during a savage battle between humanity's government, the NAH and the Paraspecies. When a cease fire was declared, the two opposing sides retreated, regrouped, but the fight for survival had just begun for Impures forced to exist within a kill or be prey for the succubae existence.

As a runner for The Alliance, Mira had run messages and provisions back and forth between her camp and Redemption—a bartering outpost created by the Paraspecies to help Impures within Hell’s Highway. But for the past two years Mira has been a prisoner of war, detained and tortured in an unsanctioned NAH facility within the lawless lands of Hell’s Playground. Now free, she must risk her life to fulfill a promise made to a fellow prisoner—travel to Redemption and enlist the aid of the Paraspecies running the borderland trading post. Returning to the outpost, though, means reuniting with the Alpha wolf she’d once hoped to have a future with.

As Quadrant Alpha of the most dangerous section of Paraspecies land, the last thing Adrik needs is the Impure from his past suddenly returning after two years. He’d ripped apart Hell’s Highway searching for her two years ago, and his pack reaped the consequences of his shattered soul. Now, with a civil war threatening on his southern border, the constant battles with the succubae on his eastern border, and the latest command from Headquarters to assume the role of Alpha Commander, he doesn’t have time to wander around Hell’s Playground searching for a secret facility no one believes exists.

But the temptation to spend time with the Impure he’d once intended to mate proves too tempting.
Together they must heal the wounds their time apart created and find a way to survive the dangers awakened within Hell’s Playground. 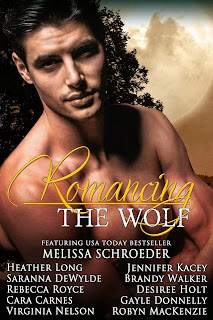 Felicity was a child when The Rending began and she was pulled from the pack she loved by a father who reviled her existence. Surviving as an Outsider was tough but the harshest battle begins when she stumbles across a plot to overthrow her old pack’s trading post, Redemption.

Marek will do anything to protect his pack and their land, including executing any Outsiders who dare enter pack lands. Once a betrayer, always a betrayer. There’s no soft in war—until a curvaceous wolf with more sass than sense limps into Redemption with an impossible tale of betrayal.

thanks for the hop

Thanks for being part of this fun hop and for the chance to win. <^_^>
reneebennett35 (at) yahoo (dot) com

Thanks for being part of this fun blog hop.
skpetal at hotmail dot com

This is definitely a different twist on how the world is in this series.Can't wait to read it!
Kat.kelly2@att.net

Love the blurbs!
Thanks for the giveaway & Happy Thursday!
//Linda

Thanks for the chance. Can't wait to read.
Nicole Ortiz
Nicky0909@sbcglobal.net